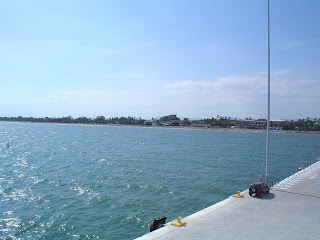 Okay this is the only photo of Costa Rica that even looks like anything. The rain forest was 70 miles away from our port so I didn’t get to see anything too awesome. It was REALLY hot there. There was an open air market at the end of the pier. 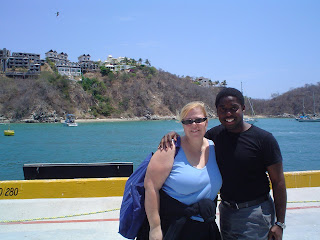 This is Hatulco, Mexico. It’s really small but they plan for a huge tourism surge in the next 10 years or so. They have a 30 year plan in place that seems to be working out. That’s my pal, Mykal, with me. He’s one of the singers. (Oh yeah, this boy can sing!) 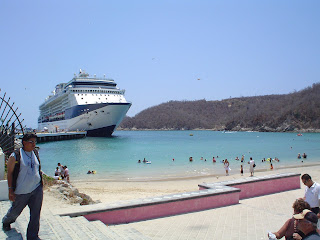 A shot of the Infinity docked in Hatulco. 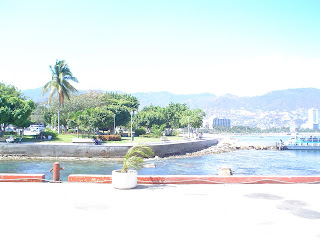 This photo kind of sucks, but it’s Acapulco, Mexico. It was cool there, lots of tourists and most of them were American so you can imagine the pushing and shoving and general disdain. But I had fun ! 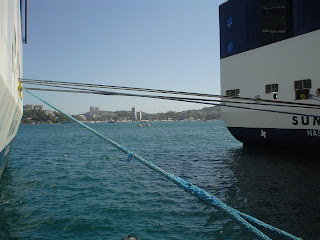 This is a shot of the Summit (another Celebrity ship) that was docked right next to us in Acapulco. We are only like 20 feet apart! I didn’t know anyone on the Summit, but lots of my cast did so I got to meet some new people. The highlight of the day was the basketball game between the Infinity and the Summit. (Except that the Summit won!!!! It’s okay Harvey, we all know they cheated!!!! ha ha) 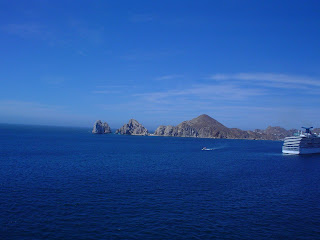 This is Cabo san Lucas. I like this photo because it has cool color contrast. That’s a Carnival ship in the distance. 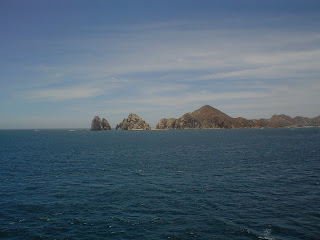 This shot is of the same horizon but later in the day. I didn’t get to get off the ship on this day. The only port I actually missed. It was a tender port (we had to take a boat to get to shore) and I didn’t have time before rehearsal. 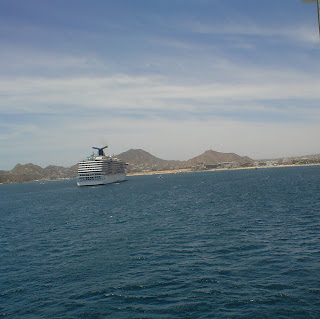 It was very pretty in Cabo, even if I only saw it from a distance! Cabo day was also my birthday! YAY! The Production Team went to casual dining for dinner and had a great time! We drank some wine, I opened some presents (thanks Leann and Babs!) and really enjoyed myself. 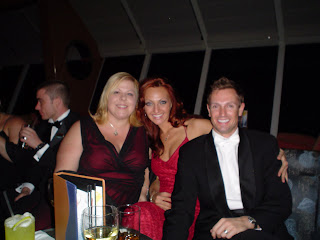 Later that night I met the cast in the disco for a bigger party. This is Jen, one of our dancers, and Andy, our Dance Captain. Do you recognize Jen from the movie – The Tuxedo???? Oh and that’s Trav behind us pretending he doesn’t know we are taking photos! 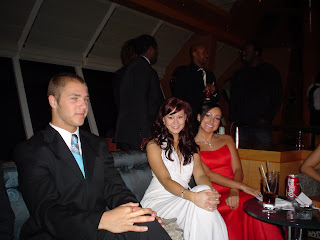 Here are some more of my lovelies! This is Mikie, Emma and Kerry, all dancers and great pals of mine!!!!! In the background of this photo are 3 singers from the acapella group Off the Top. The guy in the center is one of my singers, Harvey. He’s the one with the white tie! 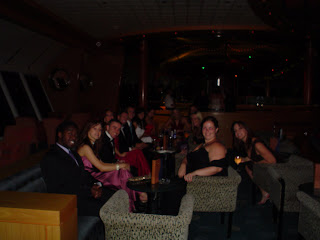 This is not one of my best photos but it shows most of the peeps who celebrated my birthday with me. They are so sweet, they got me a Swavorski crystal heart necklace for my birthday and a maroon pashmina. I KNOW! They rock. (Thanks again cast!)

Mine is pink with a pink cord, but this is an idea of what it looks like. AWESOME, EH?????? I am actually wearing the necklace in the photo of Jen, Andy and I. (Can you tell I love it?)

Next up is San Diego and maybe some rehearsal photos before we head out to Hawaii!