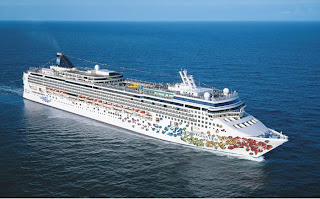 I leave for Nashville in a week.  This time I am heading in for the start of the NCL Gem rehearsals instead of the end.  I will be picking up the cast members from the airport and getting them installed in their hotel. I’m looking forward to seeing some old faces and meeting the newbies.

I’ll only be there for a week and then I have to rush back to Orlando for Shotgun rehearsals. As soon as I open and hand off Shotgun to the resident PSM at Orlando Shakes, I will drive to Ft. Lauderdale to join the Gem in progress.  I don’t get to shepherd my cast to the ship like I normally do, but I will be there 2 days later. That will be a little crazy, but such is my life.  Seems I am always running to one gig or another.

I am not looking forward to the cold and snow in Nashville! After all, I live in Orlando for a reason.  But it will be fun to see everyone and I am thankful to have a job at all considering the recent lay-offs at my dear GMP. Now that we have less ships, I will be lucky to keep the Gem, let alone get the other NCL ships back.  I just got spoiled having so many ships last year.  It was a wake up call to go from 4 ships in fall season to 1 ship in spring season.

So my calendar is filling up quickly.  I have the Gem, then Shotgun, then the Gem redeux, a visit to Indiana to see my family and then the looong drive West to work at Utah Shakes all summer. Who knows what the fall will bring, hopefully more work!