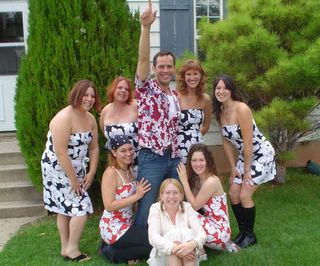 We were in costume for the REACH auction which helps raise money to bring in producers and such to audition/interview people.

This way we can work through the year! Cool, huh?

Any how, our theme was SM Idols and we did a routine to “She Bangs.” It was awesome and we went for $300some dollars.
We did a Thanksgiving dinner for the winning bid. (It has been a tradition for a number of years for the crew to buy us so that they can tell us what to do for a change!)

I have not had anyone confirmed yet, but I’m willing to bet Karen is coming back…

However, it is also safe to say that Carey will be doing some hiring in the next week or so.

Until then, more stupid posts abound!